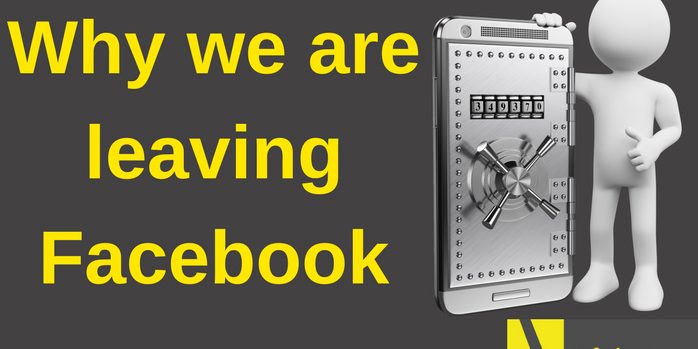 It’s recently been revealed that data firm, Cambridge Analytica, has allegedly accessed information for around 83 Million Facebook users without their knowledge.  This has stunned users across the globe, causing many to delete their Facebook accounts.

In case you don’t know the details, let us give you a quick rundown of what has happened. Back in 2013 Facebook agreed to allow academic Aleksandr Kogan access to create psychographic profiles of Facebook users using an app called ThisIsYourDigitalLife. If you downloaded and filled out the personality questionnaire this also allowed the app to access your Facebook profile data and that of your friends.

It is estimated that 270,000 Facebook users downloaded and completed the questionnaire. As a result, the app was able to access the profiles of each of their friends and accumulate a database of some 50 Million profiles to create detailed personality profiles of each user based on their likes and interests. Among other things, the research attempted to gauge sentiment on gun rights, immigration, healthcare & environmental issues.

These profiles could then be used to identify targets for political ads.  Cambridge Analytica claims to have used similar practices for elections around the globe.

At no time were Facebook’s terms and conditions breached, and the only violation was the researcher sharing the information with Cambridge Analytica. When Facebook became aware, they promptly ordered the app to be removed and the data destroyed. As this information became public recently, Facebook actually removed Cambridge Analytica from its ad platform, but the data is allegedly still out there causing concern amongst account holders resulting in people leaving Facebook in droves.

Advivo is primarily a business to business enterprise and as such Facebook had little significance to us and our clientele as a form of business communication. Advivo is also extremely conscious of the need to protect and secure information and as such we are leaving Facebook. Don’t worry, we will still be communicating via our monthly newsletter and by our regular LinkedIn updates, so we’ll be sure to keep you informed of all the important stuff.

Money-Saving Tips From Our Clients
December 7, 2021

What you Need to Know About Registering Your Director Identification Number
November 9, 2021

The Reality of Being a Woman in Business
November 9, 2021
Go to Top