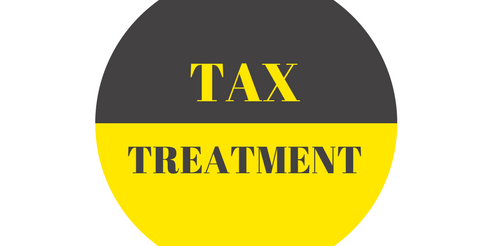 When an asset is unexpectedly destroyed, business owners usually focus on maximising insurance entitlements under their policy – and the tax treatment of the proceeds are an afterthought.

Often, insurance proceeds will result in a damaged item being replaced. Compensation may also be received to cover a loss of income. Using a case study of a warehouse destroyed by fire, this article discusses how insurance proceeds will be treated for tax. This should help business owners determine how to best apply the proceeds to their advantage.

Bluebird Pty Ltd (Bluebird) owns a warehouse, which is leased to Blackbird Pty Ltd (Blackbird). In January 2015, an electrical fire broke out in the warehouse causing it to burn down and fully destroy the premises. Negotiations ensued with the insurance company and it was agreed that Bluebird would receive an insurance payout of $10 million comprising of:

According to the tax depreciation schedule, the warehouse plant and equipment had a written down value (WDV) of $700,000 and the building had undeducted construction expenditure of $2 million (the original cost was $5 million). The building was originally constructed in 1990.

Construction to replace the warehouse is expected to be completed by 30 April 2016. The new, improved, larger warehouse is likely to require an investment of $15 million.

References to insurance proceeds hereafter will be the $8.5 million payout relating to the physical assets that were destroyed.

Where depreciable assets are destroyed and insurance proceeds are received, there has effectively been a disposal of the assets in consideration for the receipt of the proceeds. Bluebird will be required to calculate a balancing adjustment for the disposal of the machine per s 40-285 of the ITAA 1997.

Bluebird may not be required to include the assessable amount in its taxable income if it is able to apply the rollover relief under s 40-365 of the ITAA 1997. The rollover relief is available for assets that are involuntarily disposed of (that is, assets that have been destroyed or lost) where taxpayers incur expenditure on a replacement asset. This relief will allow Bluebird to rollover any assessable amount by offsetting it against the cost or opening WDV of a replacement asset.

In order for the rollover relief to apply, Bluebird must purchase the replacement asset, or start to hold it, no later than one year after the end of the financial year in which the asset was destroyed – that is, by 30 June 2016. The Commissioner has a statutory discretion to extend this deadline. The replacement asset must also be used or installed and ready for use.

For the purposes of calculating the depreciation deduction that is allowable for the new asset, the cost of the asset is reduced by the offset amount. For example, if it costs Bluebird $1.1 million to purchase a new plant and equipment, $800,000 will form the basis of the cost of the new machine when calculating depreciation. This represents the WDV of $700,000 plus the additional $100,000 spent by Bluebird. This ensures that the offset amount will not give rise to deductions.

If the insurance company had compensated Bluebird by replacing the destroyed machine with a new machine, as opposed to monetary compensation, this would give rise to a disposal of the old asset in consideration for the receipt of a new asset at its market value. For example, if the insurance company compensated Bluebird with a replacement machine that has a market value of $1 million, Bluebird could use the rollover relief, in which case the balancing charge would not arise and Bluebird would have a base for depreciation of $700,000. It is less than the $800,000 mentioned earlier because the value of the plant is less.

There are two issues that are relevant when considering the tax treatment of the insurance proceeds relating to the building given that it is a capital asset – the Capital Works consequences under Div 43 and the Capital Gains Tax (CGT) consequences.

If you need tax or accounting advice, please contact us today at 07 3226 1800 or email us at info@advivo.com.au for more details.

The Dangers of “Assumptions’ When Commercialising Your Innovation
March 15, 2019